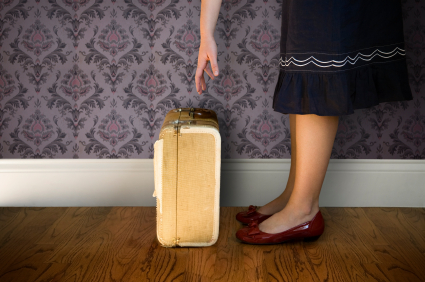 "Study in Germany" for foreign students

Study in Germany, but how? Until foreign students get a place in German lecture rooms, they have to manage some obstacles. Anyhow, foreign students at German universities represent 10% of the student body. studieren.de has compiled the most important information about the admission.

Which university admission qualification is accepted?

To avoid this exam, you can start your studies in your home country and after having finished your basic studies you can apply for a German university and continue directly.

Do I need a visa?

All residents of Non-EU-states need a visa (except for Switzerland, Australia, Canada, New Zealand and the US). A student’s visa is different from the tourist’s visa and has to be applied for separately. The German representations abroad (Consulates, Embassies) are responsible.

For international students and applicants there are the following kinds of visa:

A visa for language courses (Watch out, it's not a student visa and cannot be changed into it). An applicants' visa for three months (an applicant who has not been admitted to a university yet, gets this kind of visa. When the admission has been given the visa has to be changed into a student's visa (to be done at the local authorities). A student visa for one year (only for foreigners who have been admitted to the studies or the Preparatory College and who are covered financially).

Do I have to speak German in order to study in Germany?

In order to study in Germany, sufficient knowledge of the language has to be proven. Exemted are applicants who have passed their high-school diploma at a German school abroad.

There are three possibilities of proving the language ability. A successful participation at the DSH (German language test for foreign students). After having been admitted for special studies the foreign applicants have to pass the DSH, which takes place three weeks before the term begins. The DSH is taken at the university which has been chosen for the studies. A successful exam of the TestDaf. The TestDaf is a central, standardized test for German as a foreign language, which can be passed at many locations in Germany and abroad.

A successful participation at the "Zentrale Oberstufenprüfung" (ZOP) of the Goethe-Institut.

Is there a possibility of studying in English?

Unfortunately there are hardly any possibilities of studying in English. Exceptions are these private universities which offer courses exclusively taught in English:

International Degree Programmes - well listed on the website of the DAAD - are another possibility. German is learned next to the special study.

What about the admission restrictions at German universities?

For applicants both of Germany and of the EU it's the same rule: Most of the courses start in autumn. The closing date for "old high-school graduates" is the 31st of May. That's for courses which are distributed by the ZVS. The ZVS coordinates the distribution of courses, whose admission is restricted nationwide: medicine, pharmacy, psychology, biology and dentistry. For courses whose admission is restricted by the university the closing date is the 15th of July. For non-restricted courses it's generally in the middle of September.

Non-EU-citizens apply directly at the university or via uni-assist.

Can I attend a postgraduate course in Germany with a foreign degree?

Theoretically it is possible; within the EU there will be no problems thanks to the Bologna process. In case of a degree passed outside of the EU the previous study achievements have to be accepted. When this has been done a classification within the course is done. The best would be to ask the academic foreign office of the university, which administration is in charge of the acceptance of study achievements.

Which steps have to be taken if I want to do a doctorate?

Generally: Everybody who wants to do a doctorate needs a professor as tutor for his thesis. This contact has to be made personally. The best way to proceed is different from case to case. More and more universities offer doctorate's programmes and graduate's courses that you can apply for.

With the bachelor the students attend a final degree already after 6 to 8 terms. The bachelors' and masters' degree classify your course: only who wants to deepen his knowledge goes on to the master-degree. By this new structuring of the courses the professional qualification shall be improved, the mobility of the students elevated and the time of studies be shortened. Mehr >

Diploma Supplement is an addition to the leaving certificate in the academic area of education that was introduced in the course of the Bologna-Process. It is awarded by academies along with the original certificate. The Diploma Supplement describes the courses' properties, contents and type of degree and should be devoid of value judgements, recommendations or approval of any kind. It does not replace the original certificate. Mehr >

University, academy, which is the right one

Universities are schools of higher education, which completely represent the sciences. That means that you find a wide range of courses that covers the natural and engineering sciences, the social sciences, humanities, law and economics, and so on. The offers of universities are standing on two columns: research and education. Mehr >